In early 2020, I got an intriguing invitation from Barbara Gothard, a Palm Springs-based artist I had met several times at various art events. Barbara wanted to meet to discuss an idea. When we got together, it emerged that Barbara had come across the story of a group of African American homesteaders who had come to the Mojave Desert in 1910. She wanted to tell their story through an art installation and wondered if we would host the project at Boxo. It was a quick and simple yes. 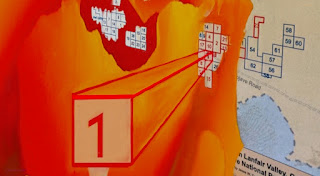 In short order, we strategized and decided to apply for both CalHumanities and California Arts Council funding. Barbara did extensive writing which we supported and augmented with budgeting and admin details. The CalHumanities funding would be for a speaking program related to the project through which Barbara could spread the word. The CAC grant would cover the creation of the installation itself and a related catalog. 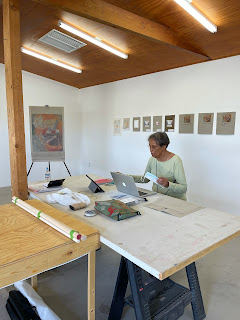 Barbara also started an intensive research period into the stories of the 23 settler families that began in early 2020 and continued up and through her residency in November, 2021. She titled her project Contradictions - Bringing the Past Forward. With word that she had received the CalHumanities funding coming first, Barbara set up a series of speaking engagements with a group of regional organizations including the Desert Institute / 29 Palms Historical Society, Copper Mountain College, and the James O Jessie Desert Unity Center amongst others. She also contacted the San Bernardino County Museum which agreed to host the installation post the residency as well as to hold several speaking programs. 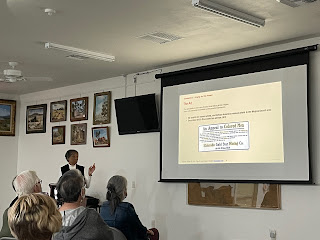 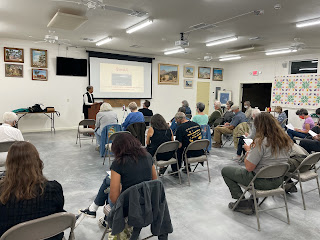 Once we had word of the CAC funding coming through, final dates for the residency could be set to coincide with the grant activity period. Barbara launched the speaking program in early October, 2021 and the residency took place in November, 2021. Barbara was also profiled by a local podcast regarding desert women and we both were interviewed by the local radio station Z107.7. Everywhere that Barbara went, her project inspired a lot of curiosity and conversation. 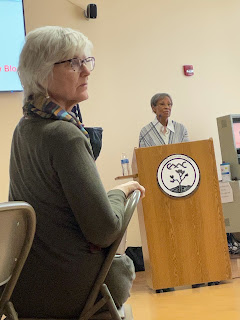 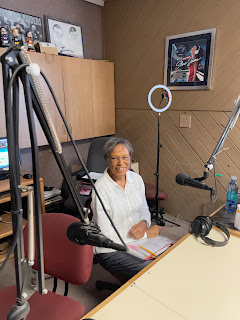 Barbara decided to produce 23 artworks, one for each of the settler / families. She created the works using Procreate on her ipad and had them printed on raw linen. During her residency, she had studio visits by the DesertX curatorial team as well as some people on cultural tours of the area. 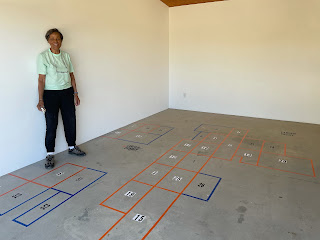 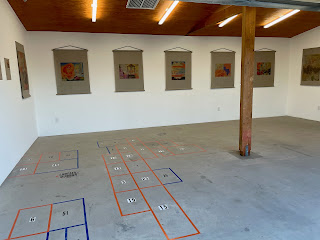 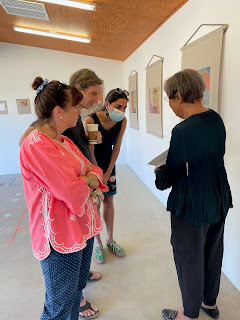 The open house for the residency  featured 10 of the finished artworks as well as a series of sketches and prototype that Barbara had used to get to the final work. Barbara also created a map of the homesteading area on the floor of the studio. 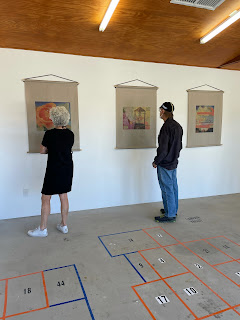 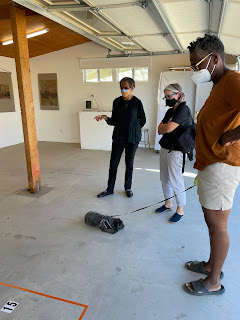 The event was very well attended, the artist talk was broadcast via zoom and a healthy q&a discussion took place. 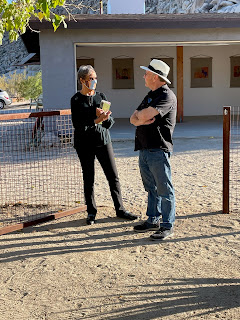 The exhibition at the San Bernardino County Museum will open January 14, 2022 with formal events in early February and will run until April, 2022.

It has been an immense pleasure to work with Barbara on supporting this project's development and I have a learned a lot about our local social history for which I am greatly indebted to the artist.

Posted by Bernard aka Boxo at 7:10 PM