The Sun is Spotless

Jenny Perlin makes films, drawings and installations and we have crossed paths for over a decade at art events in New York. In 2018 we started a conversation which eventually led to Jenny's arrival at Boxo in early January this year. 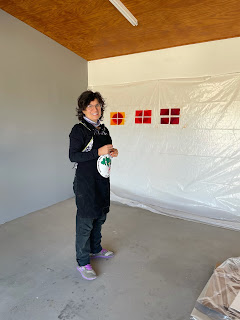 The residency project came out of Jenny's film work which has recently involved documenting various aspects of the movement to relocate to bunkers. There is a lively industry in reconditioned military facilities that have been converted into bunkers for the day when one or more of a variety of cataclysms hits our society. 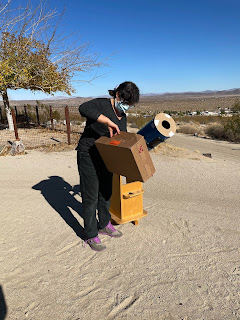 Some of the rationale used by people securing these spaces comes from an uptick in astronomical phenomena such as solar flares and double stars. Jenny was keen on documenting these phenomena and making work related to them.

A key tenet of the residency is the desire to link artist residents with local subject experts who can assist with the projects and form relationships with the artists that outlive the residency time period. I connected Jenny with the wonderful people at Sky's the Limit in 29 Palms and the conversations began. 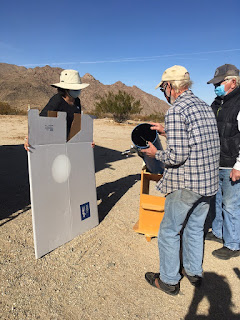 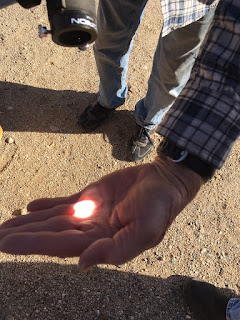 As luck would have it, the covid situation opened up an opportunity for Jenny's family in LA and they relocated for the year in summer 2020. This meant that Jenny could come out for the January 2021 residency we had planned. 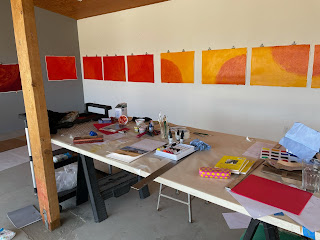 Even before arriving, Jenny was able to work with the experts at Sky's the Limit, using their zoom platform. When she arrived, she was provided with a telescope to bring on property and she promptly began her work. It emerged that this has been a very quiet time on the sun and no spots or flares where apparent. Undeterred, Jenny began making drawings and creating an animation incorporating Galileo's sunspot observations from back in the day. She also managed to finish editing the last of her five bunker films. 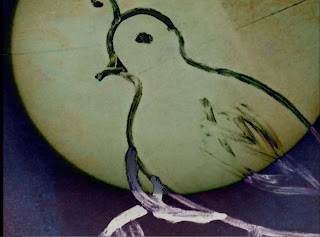 On January 30 2021, Jenny hosted a virtual open house which including a screening of the animation and scenes from the bunker films. A recording of the open house can be found here. Many thanks to Jenny for her time here and to Sky's the Limit for their wonderful generosity.

Posted by Bernard aka Boxo at 5:56 PM