Antoine Vigne is a novelist, a friend and a member of the BoxoPROJECTS Advisory Committee. We first met when I was at Judd Foundation and he was a partner at Blue Medium, the art PR agency.

I relocated to Joshua Tree to begin the residency around the same time as he left the PR world to focus on his wriitng. I was very glad when the timing worked for him to do a writing residency at BoxoHOUSE. He is writing a novel that deals with immigration into the US and which utilizes the desert both as place and as metaphor.

Antoine arrived in early May from Tucson where he had been doing research. He was interested in just being in the desert, working daily on the writing while absorbing the moments that would become texture in the novel - the daily occurrences taken for granted by us desert dwellers. He is also a keen astronomer and was interested in the night skies. 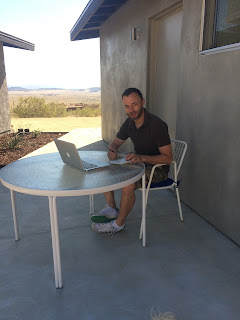 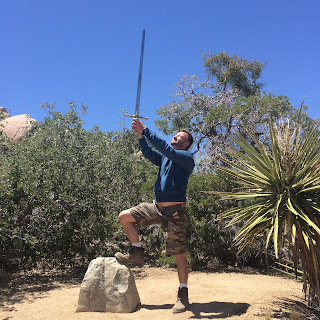 While here, Antoine took in the local and regional cultural highlights - the Integratron, Noah Purifoy Foundation, Garth's Heaven on Earth, the exhibitions at Roy's Motel in Amboy and the Gay Rodeo in Banning amongst others (such as the Joshua Tree Saloon and Pappy and Harriets). 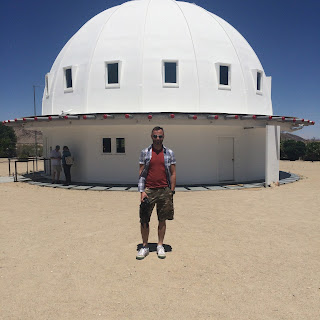 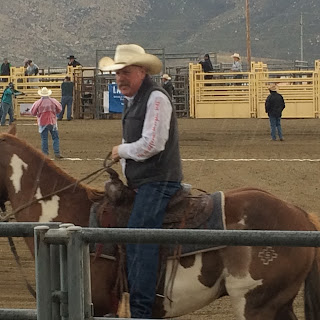 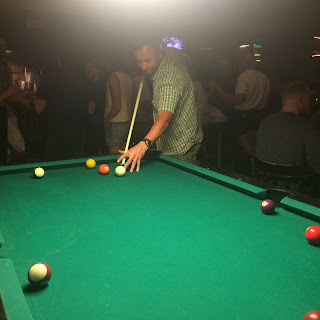 He was hoping for some heat however we had an amazingly temperate May. He was also hoping for some snakes and I was hoping he would find these off site....Antoine took to working outside, moving the outdoor table at the artist's residence between the two patios as the sun passed overhead.  He was thus able to give me updates on the young couple who took to living in a cave behind the house for several weeks. 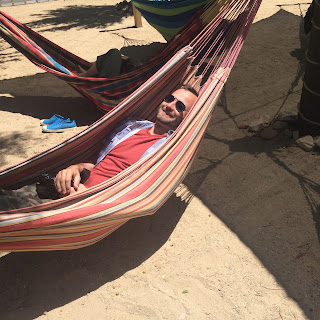 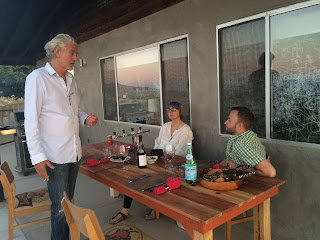 We had an interesting discussion about the open house. Antoine writes in french and so the question - should he read from the manuscript? Translating didn't make sense as it would not convey the artistic sense of the work unless done by a professional and an editor. In the end, Antoine decided t give a talk about the novel's background - a romance set against the backdrop of Central American immigration into the the US - and about the process of writing the novel. His partner flew in from the East Coast and also brought two books that Antoine had written - one on space and the notion of the infinite and another on errors in architecture. 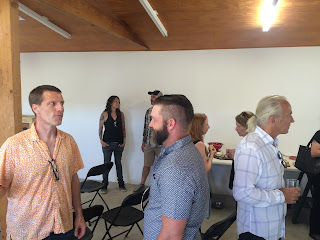 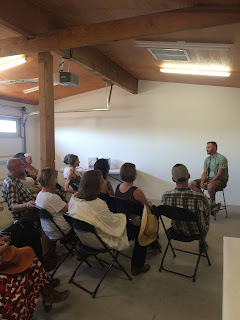 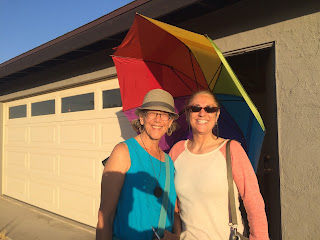 The open house delivered on all fronts - an interesting talk with lively q&a: cold rose, soft cheese and crispy crackers  and record temperatures hovering at 115. Luckily, no snakes were in evidence. That evening we went on to dinner in 29 Palms and an evening of star gazing at Sky's the Limit observatory - a fitting ending to an engaged residency which laid the ground for more writers and other non-visual arts practitioners. Thanks Antoine!