I first met Nicola Ginzel at an open studio for Austin Thomas at the Elizabeth Foundation in NYC. We got talking about Joshua Tree and  the residency, then in its early days, and then we both moved on. Nicola was clearly inspired though and she stayed in touch over several years, sharing developments in her practice until I managed to organize a studio visit on one of my trips to New York. 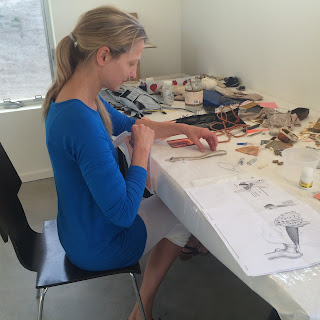 In her studio, which was also her living quarters at the time, Nicola shared with me her meticulously transformed objects - found detritus of one sort or another worked and worked so as to become precious and significant objects. The process itself and the installation of he objects in neat rows on the wall, on the table and in boxes all drew me in. As we spoke, Nicola talked about how the process of working on these objects was also a self-transformation and that she believed the objects became imbued with this energy. Ultimately, she hoped the energy could be transferred to people who came into contact with these artworks and that they could be a channel for healing. 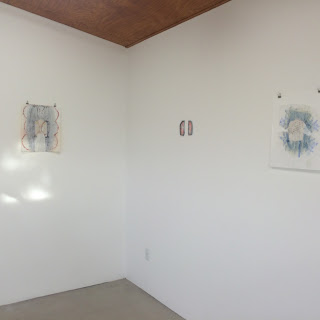 As I am always interested in connecting artists to expertise that resides in the Joshua Tree area, I introduced Nicola to Susan Jordan and David Zimmerman. Susan and David are friends who offer many modalities of energy work from tai chi classes to soul retrieval sessions. Nicola shared the next steps she'd like to explore in her learning and experiences, it became clear that they could all work together. And so, we devised a plan to have Nicola come do a residency, work with Susan and David and make work that incorporated the resultant energy shift. 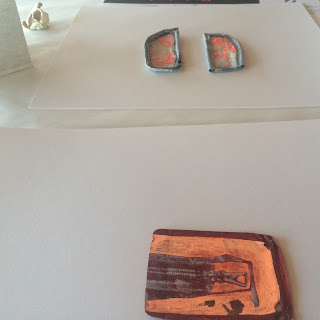 Nicola arrived March 1, set up in the new guesthouse and was very soon working with Susan and David on some intense personal shifts. She brought with a trove of material to transform including some baggage (literally!) and clothing that she had inherited from her father. She had an initial session and then several follow ups and starting working intently. As her work is more contained in size and material, Nicola started out working in the guesthouse and using the studio as a way to look at the work as it developed and to find the relationships amongst the various pieces that were emerging. As this process continued, she told me that she felt a freeing force and that her work became somewhat looser and larger. 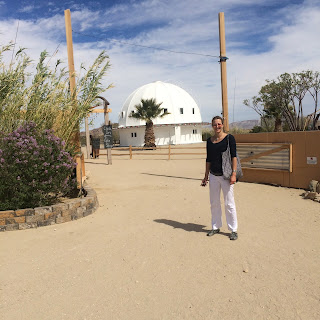 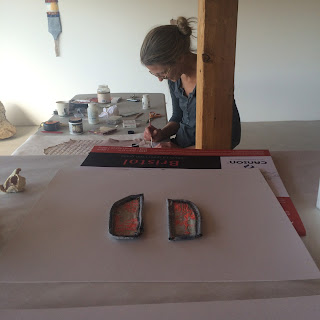 Toward the end of the month, we held an open house to share the work and the process and many interesting discussions began around the objects themselves and their presence. And then Nicola was off, back to NYC and the urgency of a show about to open there. Many thanks to Nicola for taking on, and sharing, this exploration and to Susan and David for working with another my of the residents. 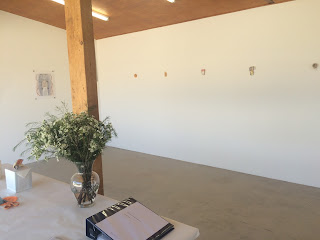 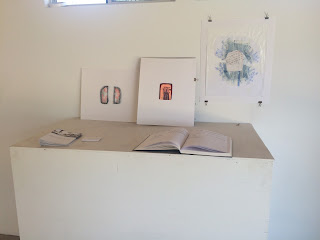 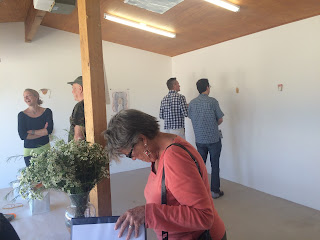